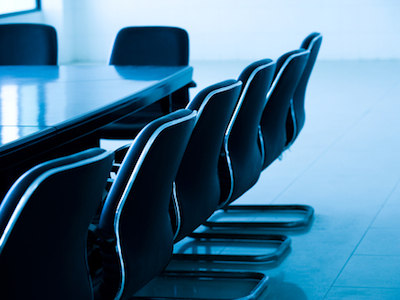 The UK's largest joined-up business networking 4N has conducted a survey of its membership on Brexit - 1 Year On. Here they share the results, 4N has a Swindon group and several other groups across Wiltshire.

More than half of business owners have seen no change to their businesses a year on from the Brexit vote of June 2016 – but they do have hope the negotiations will go well.

More than half of the business owners who took part in a survey, run by the country’s leading joined up networking organisation 4Networking, say their businesses have seen no impact since June 23 last year.

However, almost 15 per cent did say they’d seen increases in the costs of goods and services with a tiny percentage (less than one per cent) saying they’d had trouble recruiting staff.

The survey was conducted during May 2017 across 4N’s membership and 539 business owners responded from across the UK.

The survey also showed there was an almost equal split between those who were optimistic the UK could secure a strong Brexit deal (49.81 per cent) which would improve business opportunities and those who believed the UK would be unable to secure a favourable deal (50.19 per cent).

Other key findings were:

*More than 61 per cent voted to remain in the EU with just over 38 per cent voting to leave on the day of the referendum.

*The strongest reason for voting ‘Leave’ was to allow more opportunities for business outside the EU (29.26 per cent).

*Just under 11 per cent of those who voted ‘Leave’ cited control of borders as a reason.

*The strongest reason for voting ‘Remain’ was to retain access to the EU single market – 37.95 per cent.

*Almost three per cent who voted ‘Remain’ were concerned about the potential break-up of the UK.

*An overwhelming 93 per cent of respondents said the General Election made no difference to their views on Brexit.

“We did this survey among our membership to allow business owners of all sizes to have a voice. The response has shown many welcome the chance to share their views – whether they voted ‘Leave’ or ‘Remain’.

“Overall, most of our members have seen little impact in the first year since the vote on Brexit. Interestingly the split between those who are optimistic and pessimistic is fairly equal.”

“Our members, who range from someone running a business from their back bedroom through to a larger corporation, are at the heart of our economy and often feel their contribution goes unrecognized. That needs to change.”

4Networking (4N) is the UK’s No 1 joined up national business network providing sales leads, support, contacts and trusted suppliers. It runs more than 5,000 events a year and has more than 250 active groups. All members can visit any group anywhere in the UK. For more information visit www.4Networking.biz

Great Britain has spoken! Do you want to know what the Brexit result means for you? Here is what our ...