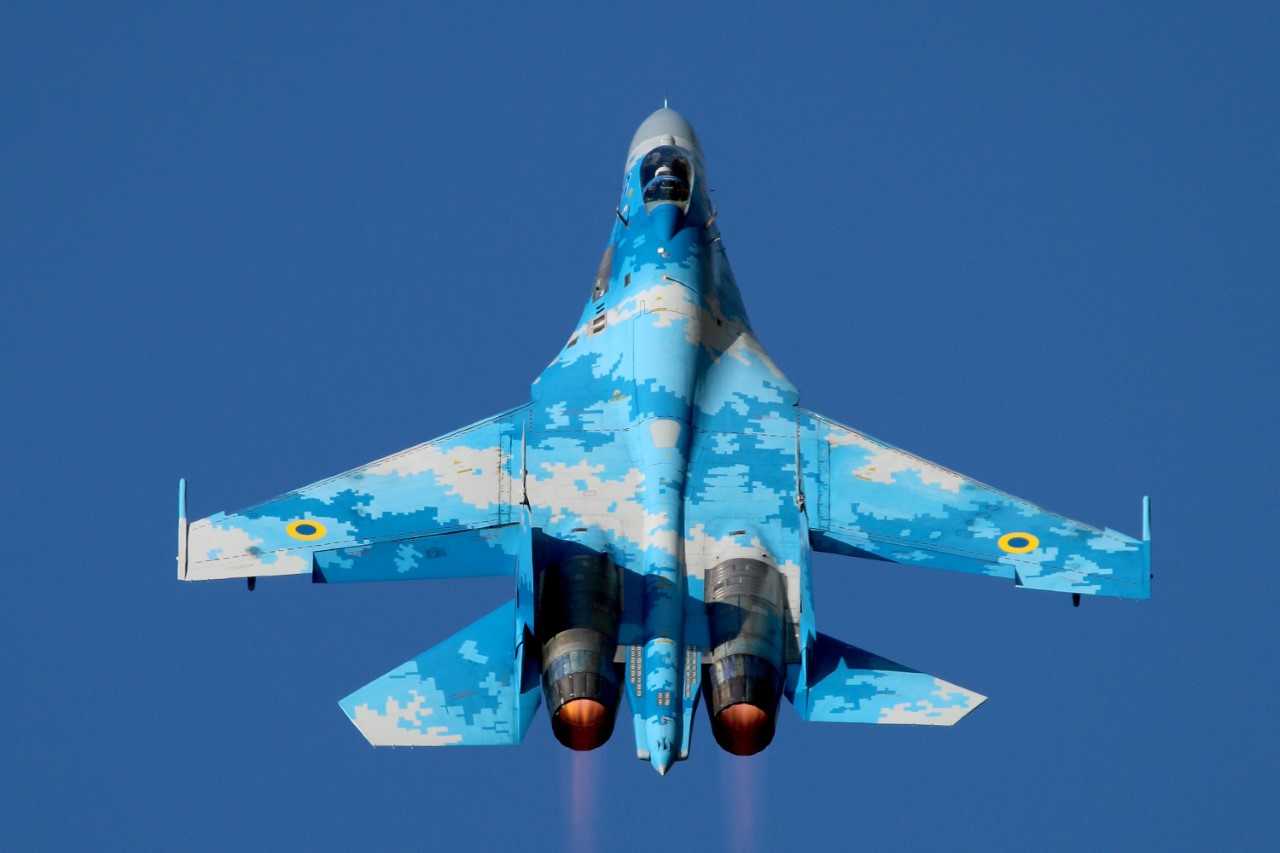 One of the stars of last year’s airshow, a Russian-built Sukhoi Su-27 from the Ukrainian Air Force, is set to grace the skies above RAF Fairford once more in a thrilling flying display at 2019’s Royal International Air Tattoo.

The Soviet-era heavy fighter was initially created in reaction to the United States Air Force’s F-15 Eagle. The Sukhoi design, which was the first Soviet aircraft to be operated using an electronic interface instead of conventional manual flight controls, is an exceptionally agile aircraft that can reach top speeds of 2,500 km/h.

Codenamed ‘Flanker’ by the North Atlantic Treaty Organisation (NATO), it first flew in 1977, and was much feared by potential Western opponents during the Cold War.

Since the collapse of the USSR in 1991, the original Su-27 series has continued to equip the Russian armed forces and serve with the Ukrainian Air Force, which we are excited to be welcoming back to the Air Tattoo this July.

Also delighting visitors with their thrilling flying displays will be the RAF Red Arrows, the Battle of Britain Memorial Flight and the rarely seen Spanish Navy Harriers.

On the ground, visitors will be able to marvel at large transports like the Ukrainian Il-76 ‘Candid’, attending in support of the Su-27, the Royal Jordanian Air Force C-130H Hercules and the US Air Force’s C-17 Globemaster III, to name a few.

Tickets for the airshow, which is staged annually in support of the RAF Charitable Trust, can be purchased online at www.airtattoo.com or by calling 01285 713456. All accompanied under-18s go free.