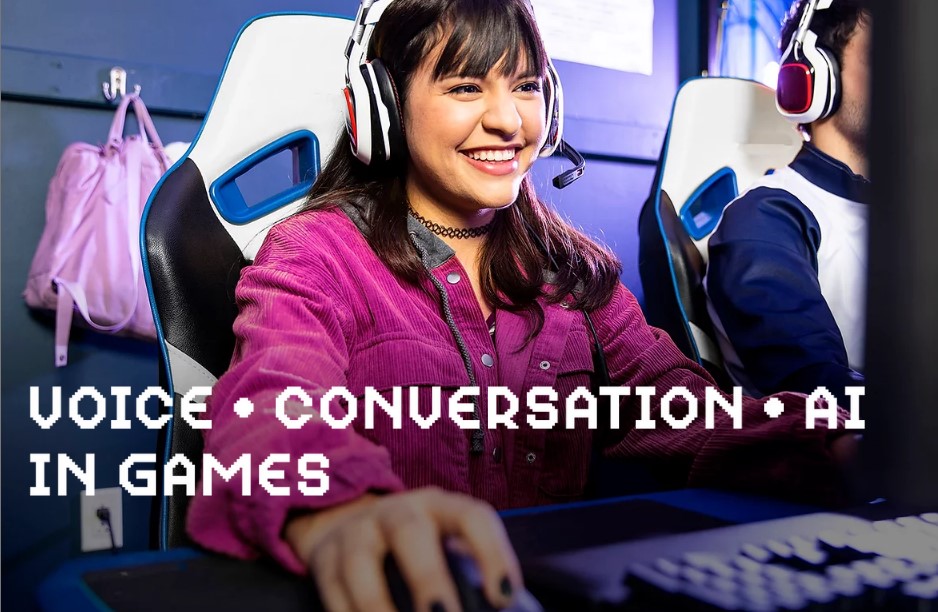 We Speak Games summit launches in Bristol this summer, as the games market continues to grow and yearly revenues are predicted to pass $200 billion in 2022

August 2, 2022: Over three billion people worldwide play video games, and the number of gamers continues to rise. Fuelled by the increase in smartphones, and accessibility of online streaming platforms, video games are by far the most lucrative sector in the entertainment industry.

Creators, developers and strategic thinkers will be taking a step into the future of the games industry this summer at the first We Speak Games summit. This eagerly anticipated event, which is expected to be hosted annually,  runs on 27 September 2022 in Bristol, England and will also be streamed live online to delegates all over the world.

“A few years ago Siri and Alexa didn’t exist - they weren’t even part of our vocabulary,” explains Ben Ackland, the brains behind We Speak Games. “Today hundreds of millions of people worldwide talk to these personal assistants on a daily basis.” And he believes Voice in Games is set to follow a similar trajectory.

Ben is Creative Technical Officer at Bristol based studio, Web App Services, who are hosting the not-for-profit event. A team with over 13 years’ experience delivering solutions for web and mobile, Web App Services are also an established innovator in voice interfaces and conversational artificial intelligence (AI) for gaming and interactive entertainment.

“Voice control and conversation has a huge potential to create more interesting and deeper ways of interacting with games,” he explains. “But it’s in its infancy in the UK. There have only been a handful of talks on it, and no significant events that would give innovators and early adopters the chance to come together. So I decided to run an event myself!”

We Speak Games has been founded to showcase the pioneering technology being developed across the globe, and to create a forum for learning and sharing. “We want to give anyone working in this space the chance to share their experiences in a non-commercial setting, and establish a new community for this exciting area of innovation,” Ben continues. The brightest minds and ‘voice in gaming’ experts will join together for an exciting afternoon of talks, demos, and question and answer sessions in Bristol later this summer. “Bristol is the ideal home for this event given the strength of investment in tech in the region and the well established creative industry here,” explains Ben. “The University of the West of England, who specialise in game developer education, are also right on our doorstep.”

In addition to being part of the production team, Ben will also be delivering the summit’s keynote. He is the first of a strong line-up of speakers including conversation designers Rui Teimao and Simon Nagel from Accenture Song, and Chris Woolcott who has developed two popular role-playing games for Alexa and will be joining the conference from Nashville, Tennessee.

Also speaking is Thomas Keane, who has worked with some of the world’s leading tech brands including Xbox and Microsoft. Creative Director of Godolphin Games, Thomas is due to release his first voice-controlled adventure game, Unknown Number, this summer which is played through a series of interactive phone calls.

“We Speak Games is a chance to look into the crystal ball, and imagine what gaming will look like when voice finally takes hold of our industry,” enthuses Thomas. “Because the voice revolution IS coming - that much is certain. All it needs is a few pioneers to kickstart the process; and maybe, just maybe, we can be those pioneers - as we come together for this historic conference.”

A limited number of early bird tickets have just been released priced at just £39.50 (50% off the standard price of £79.00). This includes full access to the conference, refreshments and a complimentary drink at the after party; where delegates have the opportunity to mingle with the speakers and pick their brains about this cutting-edge technology. Virtual tickets are also available to the live stream of the summit, including the question and answer sessions, for £19.

We're always keeping an eye out for exciting new places in Bristol to explore! Whether it's a new restaurant or ...

When it comes to celebrations many of us would prefer to be a guest opposed to a planner. But, don’t ...

Looking for Things to Do for Free in Bristol? For those of you out there who want to explore Bristol ...