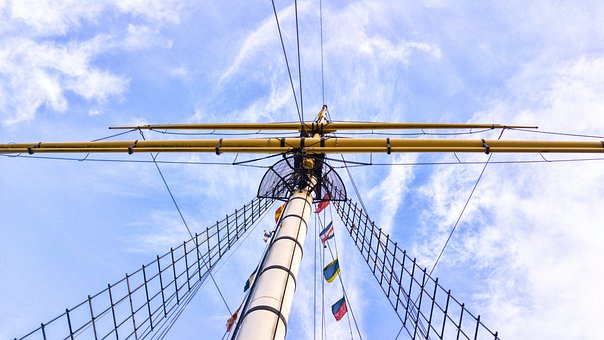 SS Great Britain Presents: Your Ticket to Taste the World

Brunel’s SS Great Britain, the world’s first great ocean liner, is inviting visitors to ‘Taste the World’ this summer, as it offers guests the chance to sample delicacies inspired by Victorian voyages to destinations visited by the ship in the 18th Century.

The dishes have been created by Bristol-based social enterprise, Travelling Kitchen, whose team worked with the ship’s archivists to explore historic recipes from around the globe. The dishes created include a zingy Melon and Ginger Jam from Cape Town, traditional Borsch from Crimea and a tropical green coriander and coconut chutney from Mumbai - and are typical of those that passengers would have encountered as they disembarked in the faraway destinations.

“We have made some fascinating discoveries as part of this project. One of the dishes - the green coriander and coconut chutney - was inspired by Samuel Archer, the ship’s surgeon on a voyage to Mumbai in 1857. We have access to his diary, which describes the food he experienced and this process gives visitors to the ship a chance to step back in time to the days before mass travel. These flavours would’ve been brand new and exotic, and for many, their first time encountering the likes of coconut, ginger and melon.”

"Food is something that everyone can relate to and one of Travelling Kitchen's aims is to use food and cooking to celebrate the diversity of the history and culture around us. It has therefore been fantastic to work with SS Great Britain on this project, exploring the food that travellers on the SS Great Britain may have experienced in the ports she docked in. Researching traveller accounts and cookery books of the time has been fascinating. We have tested and tried these, sometimes adapting to reflect availability of ingredients and modern tastes but hopefully still giving visitors to the ship this summer a taste of the past and SS Great Britain's journey around the world."

“During her working life, the SS Great Britain journeyed to 6 continents, 24 countries and journeyed round the world an incredible 32 times. Those passengers and crew, who travelled aboard, experienced many new cultural sights, sounds, smells and most importantly, tastes.

“This was clearly a time when mass tourism was experienced only by a select few, and the sense of excitement at trying new and exotic foods really comes across in some of the passenger and crew diaries. ‘Dishes of Discovery’ aims to give visitors to the SS Great Britain a chance to experience this thrill of encountering new and unusual foods for the first time, on board, all summer long!”

Brunel’s SS Great Britain is the top-rated visitor attraction in Bristol (TripAdvisor 2021).The SS Great Britain now rests in the very dock where Brunel built her – the Great Western Dockyard in Bristol’s Floating Harbour. Known as ‘the world’s first great ocean liner’, the ship sailed around the world 32 times, travelling more than 1,000,000 miles at sea. Voted the second Greatest Briton of all time, (after Winston Churchill), Isambard Kingdom Brunel was one of the 19th century engineering heroes. At the SS Great Britain’s launch in 1843 she was by far the largest ship in the world; and the first ever to combine a metal hull and screw propulsion.

Travelling Kitchen, which is based in the Southwest, was born out of a recognition that primary school children were not being taught basic practical cooking skills at school. Founders Sarah and Clare want to celebrate the history and culture of food and bring people together to cook and eat in their communities whilst encouraging more people to cook good food, leading to healthier lives and improved well-being.