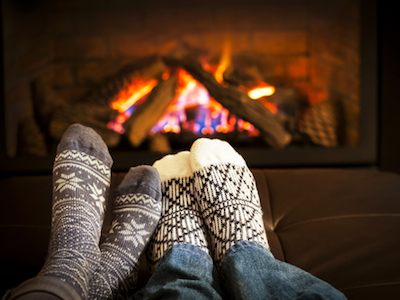 What could be more festive than snuggling up in front of a roaring fire with a cup of hot cocoa and a Christmas flick on the telly?

It simply wouldn’t be Christmas without the classic Christmas films that we've all grown to know and love.

Watching films like It’s a Wonderful Life and The Santa Clause have pretty much become a tradition over the last few decades, and Christmas just wouldn't be the same without them.

But which ones are best? We asked around the office to find out which is Team Total's favourite Christmas film of all time!

Have your say! Tweet @Total_Bristol or use the comments box below to let us know your favourites!

About: This classic Richard Curtis rom-com is one of the most Christmassy movies of modern times. Set in London during the build-up to Christmas, the film follows a web-like pattern of inter-related, loosely related and unrelated stories of the loved up and the unlucky in love.

Most Christmassy Moment: When The Prime Minister (Hugh Grant) kisses Natalie (Martine McCutcheon) in front of the school nativity audience.

About: Buddy the elf is one of Will Ferrell's finest comic creations. Not only is he incredibly likeable but he's one of the most quotable movie characters around. After a lifetime of not fitting in with his fellow elves, Buddy is sent to New York City in search of his real father, who much to his dismay is on the naughty list.

Most Christmassy Moment: "The best way to spread Christmas cheer is singing loud for all to hear".

About: We all may be a little guilty of getting fed up of Christmas from time to time, but the grouchy Grinch takes it to the next level. Bored of Christmas, he sneaks into the homes of The Whos and steals their Christmas decorations, meals, and gifts - will he go through with his scrooge-like plan or can Cindy Lou Who change his mind?

4. The Nightmare Before Christmas

About: After stumbling upon Christmas Town, Pumpkin King Jack Skellington, recruits the resident bats, ghouls, and goblins of Halloween Town to help him put on a Christmas of their very own - however, they can't seem to get it quite right.

About: Despite a string of follow-up films, you just can't seem to beat the original. When Scott Calvin accidentally knocks Santa off his roof, he finds himself forced to take Father Christmas’ place with hilarious and heartwarming consequences.

Most Christmassy Moment: Scott and Charlie's magical first visit to the North Pole.

6. It's A Wonderful Life

About: It's A Wonderful Life is one of the most popular Christmas of films of all time and for good reason! When frustrated businessman, George Bailey is at an all time low, second class angel Clarence, helps George see what life would be like if he had never existed.

Most Christmassy Moment: When Clarence finally earns his wings.

About: Lovingly crafted by Aardman Animation, Arthur Christmas answers the time-old question "how does Santa deliver all of those presents in one night?" On Christmas Eve, Santa's youngest son, Arthur, is forced to use his father's super high-tech operation to save Christmas.

Most Christmassy Moment: When Santa's elves use high-tech computers to detect children waking up as he's delivering presents.

About: Eight-year-old Kevin McCallister (Macaulay Culkin) is accidentally left behind when his family flies to France for the holidays. In his family's absence, Kevin must defend himself against idiotic burglars who attempt to rob his family home on Christmas Eve.

About: What Christmas movie countdown would be complete without A Christmas Carol? The Muppet characters tell their version of the classic tale in this hilarious adaptation. Ebenezer Scrooge, miser extraordinaire is visited by the Ghosts of Christmas Past, Present, and future in a bid to reform his dastardly ways.

Most Christmassy Moment: When Christmas is saved and Tiny Tim declares "God bless everyone".

About: If this classic yuletide tale won't "melt" your heart, we don't know what will. A young boy's snowman comes to life on Christmas Eve and takes him on a magical adventure to the North Pole to meet Father Christmas.

Most Christmassy Moment: Take your pick!